Staying mobile thanks to technology

Anvil Nelson Jr. is a man in perpetual motion. The entrepreneur runs his own chemical manufacturing company in the city of Chattanooga, a two-and-a-half-hour commute from his hometown of Nashville, Tennessee. He is a member of the board of the local Nashville rescue mission, which provides food, lodging, and training for people in need. He also sits on the board of the Tennessee Kidney Foundation that offers screenings, education, and help with transportation for patients with renal disease.

What is more, Nelson has held a leadership role at his local church for more than two decades. He also officiates at track and field competitions for state tournaments and at college meets. Last but not least, Nelson wants to spend quality time with his wife and two grown children who live nearby. After ticking off that comprehensive list, he concludes with a chuckle: “I have a pretty busy life. My family actually thinks I’m too busy.”

So busy, in fact, that Nelson admits he almost left out one crucial detail that has become part of his weekly routine. Since losing both kidneys to tumors, he has to undergo dialysis and uses a portable home hemodialysis machine by NxStage from Fresenius Medical Care, to filter his blood. “Dialysis has changed my life, for sure, but not my outlook on life and my ability to stay mobile. I wouldn’t even know I was ill if I didn’t have to take a pause, sit down and do dialysis several times a week,” he says.

It is this message of optimism and empowerment that Nelson wants to spread far and wide to encourage and motivate other dialysis patients to research their best treatment options, so they can stay as independent and active as possible. “Some people feel like their life is over when they start dialysis, but not me!” he says. “I’ve found that it’s really just a matter of making a mental adjustment to be able to keep on living your life and stay mobile. That’s a blessing.”

NxStage Medical is one of the newest members of the Fresenius Medical Care family, the acquisition was closed in February 2019. Founded in 1998, NxStage is based in the Boston, Massachusetts area. It develops, produces, and markets a portfolio of medical devices for use in home dialysis and critical care settings.

The acquisition gives renal patients more options to keep their independence and enjoy a better quality of life through home dialysis. As such, NxStage joining forces with Fresenius Medical Care is an important milestone in enhancing patients’ choice of their preferred dialysis treatment options. It also enables Fresenius Medical Care to leverage its manufacturing, supply chain, and marketing competencies across the dialysis products, services and Care Coordination businesses in a less labor- and capital-intensive care setting.

This can-do attitude has been a hallmark of Nelson’s journey as a dialysis patient for the last two decades. Back in 2003, he was diagnosed with a non-malignant tumor on his right kidney and had it removed. During his regular follow-up visits with his nephrologist, it became apparent that the function of his remaining left kidney was gradually decreasing. It reached a critical point in the summer of 2017, prompting Nelson to put his name on the national kidney transplant waiting list to find a donor organ.

During a check-up in the summer of 2017 his physician discovered two malignant tumors on his left kidney. “Over the past 14 years, I had kept my appointments with the doctor four times a year, but I hadn’t faced any major changes to my lifestyle. Even when I got the news that the cancer had got hold of my other kidney, it just made me want to get proactive,” Nelson recalls. “I told the doctor right there and then, ‘Let’s rip the cancer out as quickly as possible.’ Dialysis would change my life, but beating cancer was the bigger challenge.”

Looking for the best option

While he was still recovering from surgery, Nelson was already devising a plan to get his life back on track. Initially, he had to travel to a dialysis center three times a week for his treatment. “It was very rigorous, because you had to schedule it and stay there for a few hours. I booked my treatments for 5 a.m. on Mondays, Wednesdays and Fridays, so I could use the rest of the day, but that meant getting up around 4 o’clock in the morning to drive there.” In spite of his original expectations, Nelson found that the treatment schedule interfered too much with his many other obligations. “After getting treatment, you need time to recover. Often, I couldn’t even manage to drive to work in Chattanooga on Mondays after dialysis because I had to rest.”

So, Nelson told his doctor he needed to explore his options. “I wanted to keep on living my life and not be tied to a center. That’s why I initially considered peritoneal dialysis as it was the only way I could continue working as usual. But then,” he adds, “I heard about home hemodialysis!”

Dialysis has changed my life, for sure, but not my outlook on life and my ability to stay mobile.

Nelson found the System One home dialysis machine made by NxStage from Fresenius Medical Care and watched tutorials showing how it worked. “It was an amazing discovery, and I wanted to find out even more.” Shortly afterwards, he was sitting in his treatment chair at the local center, when his phone rang. It was an expert from the NxStage team, and Nelson ended up talking to her for an hour and peppering her with detailed questions. “I decided to go for it and asked my doctor to sign me up for the required training sessions right away.”

Within a week and because his wife provided him with ongoing and passionate support, Nelson was able to start his training on how to use the System One. This involved instruction by experts at a dialysis center, followed by supervised use. Very quickly, he felt comfortable enough to prepare and connect the machine by himself.

“I told the nurse to watch and only to step in if I messed up. I’m a take-charge kind of guy, so if somebody has to stick needles in me, I might as well do it myself.” Shortly after starting the new treatment, Nelson was able to plan his dialysis treatment schedule by himself. “It gives me a lot of flexibility. I usually choose to do treatment in the afternoon or early evening after work. That means I don’t have to dress up and leave the house.”

System One by NxStage from Fresenius Medical Care is the first portable hemodialysis system cleared for home use in the U.S., including solo home dialysis during waking hours, and nocturnal hemodialysis while both the patient and care partner sleep. It has been specifically designed for patients to use in their homes, and is small enough to allow patients to travel and bring their treatment supplies with them.

Nelson’s wife Deneice or one of his children always try to make time to be available as his care partner – a routine the family has maintained even as Nelson has continued tending to affairs at his company in Chattanooga. On Mondays, he drives to Chattanooga to be on-site at his company and is joined by his wife the next day at the apartment he rents there. “She is always there for me, gets the machine ready and makes us something to eat while I finish up work.”

As a result of the home dialysis training, his wife has also adjusted her schedule to make time as his care partner. That means preparing the machine on Thursdays and Fridays when he is back at home in Nashville. “I don’t want to make it sound too rosy,“ Nelson says, “but home dialysis is a great opportunity. I can really get on with my life, run my business, and even travel.” 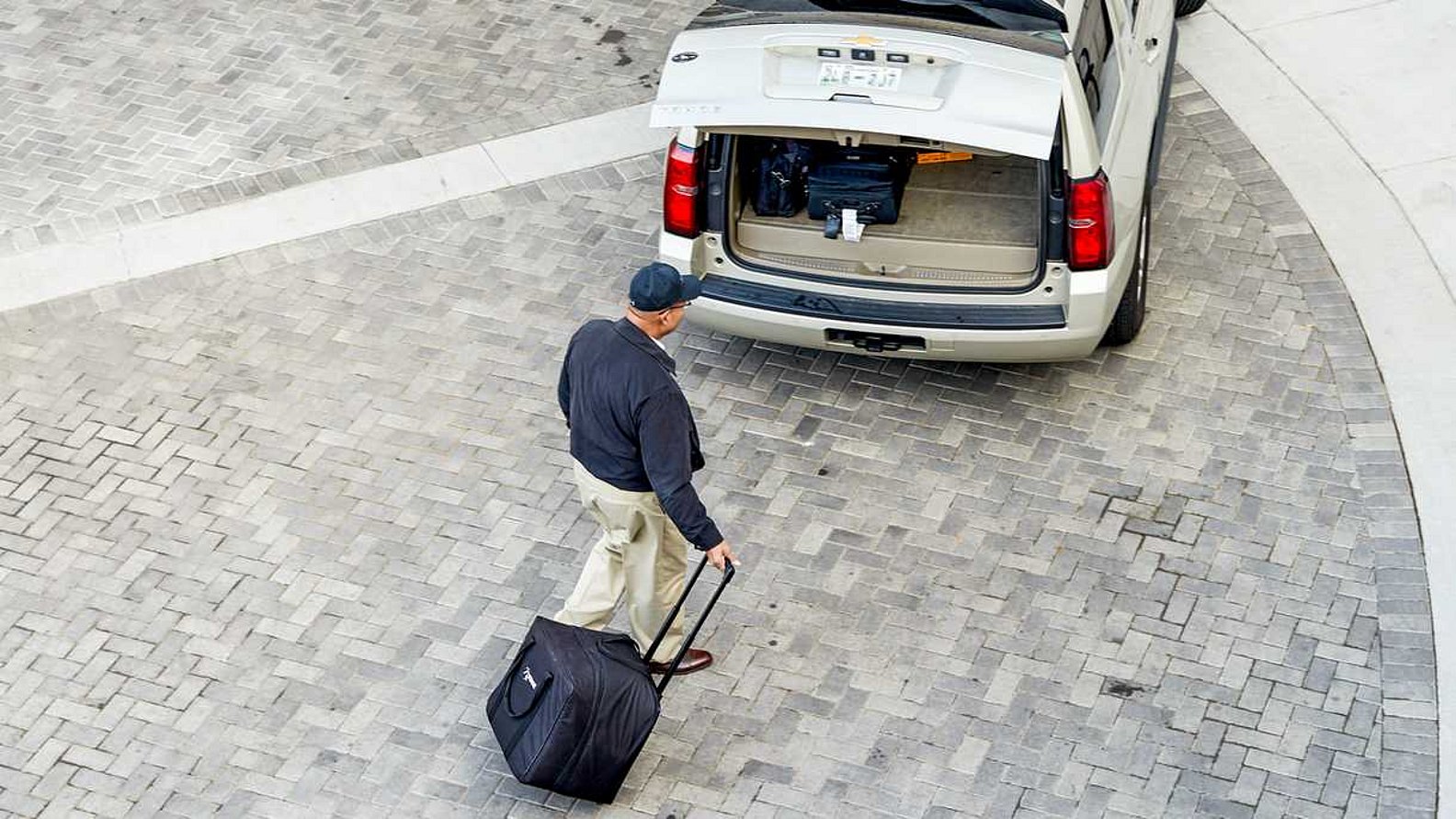 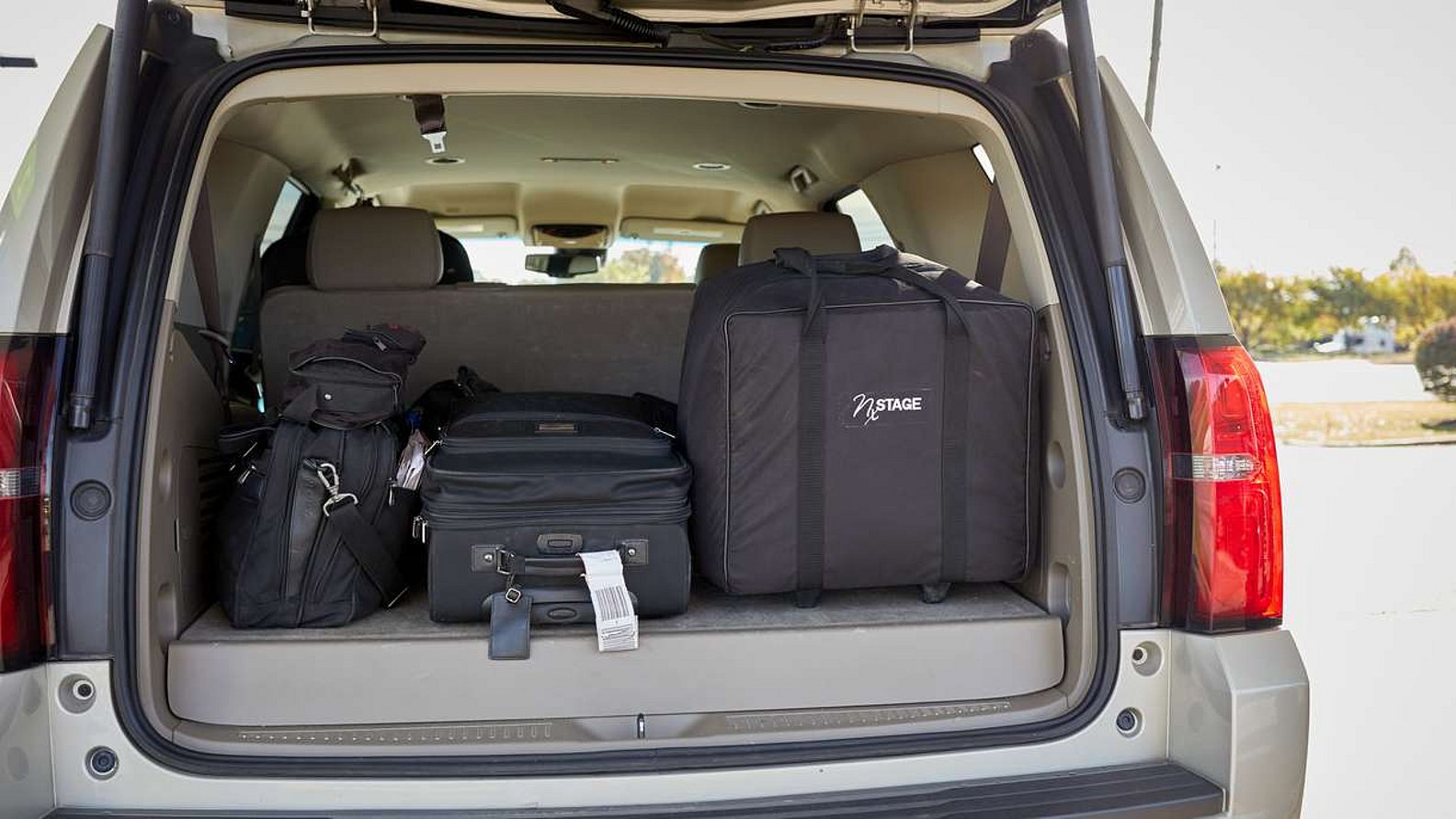 When Nelson is on the road, he sometimes has the supplies shipped to the hotel where he is staying and just brings the machine with him. “It makes me feel like I’m in charge of things and gives me back some precious time with my family.” Like spending Thanksgiving with his brother who lives six hours away in Illinois.

Home dialysis in the long term

Many experts agree that home dialysis can provide better outcomes for patients and therefore could be the best treatment option for many patients. In reality, however, only about 12 percent of patients worldwide currently receive home dialysis. Fresenius Medical Care has pledged to significantly increase the percentage of patients choosing home therapies and announced in North America a record growth in home dialysis in the six months since the acquisition of NxStage. The shift is part of a larger transformation in care for chronically ill people.

Nelson has already planned his next move. He wants to receive additional training so that he can perform his home dialysis all by himself. There will still be safeguards in place, of course. The machine offers remote monitoring and the option to call a hotline with any questions. It also comes with an app and troubleshoot error codes to look up on a smartphone or tablet.

Yet in the end, Nelson admits, he cherishes the time he can spend with his children or his wife by his side while the portable device does its work. It is a welcome breather in his busy schedule. “Your family’s support is the most important thing you can have as a patient. But I don’t see why they should put their life on hold for me just in case I need them.” 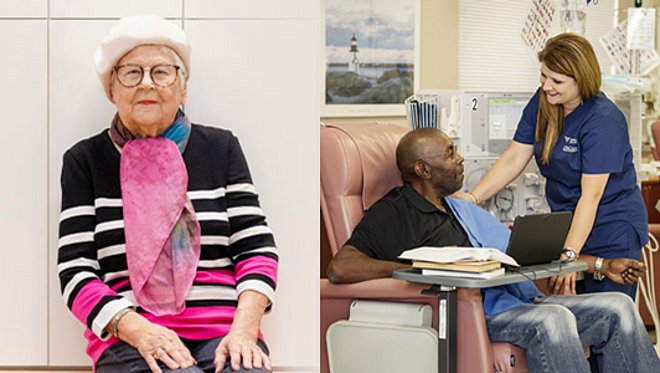 Find more stories in our archive.